As goes the economy, so goes the market? Not necessarily.

HCR Wealth Advisors’ team of experts started this 3-part series by looking at how the U.S. GDP was reacting to the shutdowns and other disruptions caused by the COVID-19 virus. In Part Two, it reviewed how the Fed had responded to the ever-shifting new economic reality.

Now, in part three, HCR Wealth Advisors examines the health of the market and what’s to come.

Part three: Health of the market and what’s to come

To look at the market more deeply, HCR Wealth Advisors has examined “leadership” in the market, which means the number of stocks that are participating. What is unique is the extent to which the market and S&P 500 have narrowed. If one looks at the five largest stocks in the S&P right now, they are the FANG stocks that are heard about all the time: Facebook, Apple, Amazon, Microsoft, and Google.

Market capitalization, or market cap, measures how big a company is. Measured by market cap, the top five stocks now represent 23% of the S&P 500 — a historic amount. The only other recent example would be in the bubble of 2000 when the top five market caps reached 18%, but that has been surpassed. Interestingly, in 2000, those five companies were far more diversified: they included Microsoft, GE, Cisco, Exxon, and Walmart. Today the top five are mostly tech stocks.

This narrow leadership is not a healthy trend; it should be much broader. If one looks at the bull market from 2010 to 2017, for example, the top five stocks made up 11% to 12% of the market. Today the top five have almost doubled the portion of the index that they comprise.

The remaining 495 stocks of the S&P 500 are called the “deadweight 495.” If one were to plot the top five FANG stocks on one line, and the deadweight 495 on another, one would see the divergence that started in mid-2010. It continued growing through 2015, then accelerated to the gap that exists today: one that is most likely unsustainable and eventually narrowing.

Another way of viewing the concentration is in how it impacts returns. By grouping stocks by market cap and indicating the returns as of a specific date (early July, for example), the impact is clear. The top 10 stocks had a return of roughly 10%. The average stock in the S&P was down by 11%. Only the top 50 stocks had a positive performance, while the bottom 450 stocks were negative. In short, only the largest mega-cap tech stocks are seeing positive returns, and the rest of the market is struggling.

Divergence occurs in other industries as well and in different indices. The NASDAQ-100, which is a large-cap, tech-dominated index, has fared very well: up 25% on the year. The S&P 500 is broader and was up only 2.5% at the end of July. The Russell 2000 — an index of many smaller-cap stocks — is down 10% on the year.

A favorite at HCR Wealth Advisors for monitoring how stocks are faring overall is the Value Line index. It is a group of thousands of stocks, neither market-cap-weighted or price-weighted. Caps are large, mid and small, and it includes growth stocks and value. Value Line is a good index to monitor for when someone asks, “How’s the average stock doing?” The answer? It’s still down 17% on the year.

This year, satisfaction with the markets depends on how an investor’s portfolio has been allocated. If primarily in large-cap tech and growth, they should be feeling good. But, if primarily lots of smaller cap and more value-type stocks, that’s probably not the case.

Just in 2020, to date, the wide gap between growth and value measures 33%. Again, that is a historic discrepancy which, like the earlier market cap gaps, is probably unsustainable. At some point, they will likely converge, and one will see a reversion to the mean where the spread narrows.

One last divergence of interest is that between the NASDAQ-100 and the S&P 500, which have been mentioned before. This time, if one compares performance, in the 1999–2000 bubble, the tech-heavy NASDAQ significantly outperformed the S&P 500, then dropped back down in 2002. Since then, NASDAQ performance has trended higher and, this year has moved straight up, almost parabolically. It has reached new record levels of outperformance compared with the S&P, representing this new bubble era that some stocks have entered.

So, to now, some essential divergences have been highlighted, among them large-cap versus small-cap stocks, growth stocks versus value stocks, and the NASDAQ versus the S&P. These are all historically wide divergences that are likely entering the late innings. At some point, they will probably revert towards the mean.

What is causing the bubble?

What is causing the newfound bubble in some NASDAQ — or technology — stocks? In 1999 there was the internet bubble. Now, to get another bubble, one needs a whole new cohort of investors that do not remember the outcomes or aftermath of the last bubble. Today’s lot of newly minted investors are gung-ho on this new trend towards a more digital economy. It is a move from the traditional, more physical economy towards a digital one. Or away from brick-and-mortar businesses to online businesses.

What makes up the digital economy?

Within this trend are several areas that represent the digital economy. For example, in digital media and entertainment, there are stocks like Netflix that have revolutionized how entertainment is consumed. In e-commerce and payment processing, companies like PayPal and Square have had tremendous growth compared with traditional banks. Facebook and Google have significantly benefited from the trend.

Although not yet public, TikTok is an app that has been a huge screen-time beneficiary. This phenomenon has taken up so much time for kids ten or older, but if one doesn’t have children, it’s hard to understand what the commotion is all about.

Cloud infrastructure is another area. Here businesses move their infrastructure to that of companies like Amazon and Microsoft instead of hosting on-premise. Another area is autonomous electric vehicles, with Tesla being the poster child for the rampant optimism being seen. Those are some of the stocks that have been running the most this year.

A lot of those stocks are referred to as part of a bubble, where investors are willing to pay any price. Valuations aren’t mentioned; just the story, how fast they’re growing, and the opportunity. Their valuations vary tremendously.

Many of these companies don’t even have earnings, yet they trade at 20–30–40 times sales. These levels of valuation are unsustainable. It’s hard to say where in its life cycle the current bubble scenario finds itself, but sometime in the not-so-distant future, things will reverse, and there will be a downside for these stocks, too.

The many cross-currents being experienced don’t have just regular investors confused. A high discrepancy — or spread — has been measured between the various forecasts made by Wall Street’s strategists. Those deviations are at all-time highs.

In addition to all the stark divergences cited earlier — and the confusion felt by experts and regular investors — another discrepancy exists between all the government stimulus versus what is going on in the economy: high unemployment, quarantines or stay-at-home orders, uneven business openings, and many businesses still closed.

The market is signaling that it feels the government stimulus will be enough to bridge the gap to the other side of the disruption. Maybe a vaccine or antiviral will appear, perhaps from among the dozen large companies already in Phase Three trials for a vaccine. The market is hopeful that a game-changing solution will appear within the next six months. What is clear is that such a solution is the likely precursor to the economy’s return to normalcy.

The election is another factor. Election years usually bring somewhat higher levels of volatility. The first half of this year already witnessed unheard of volatility, and approaching the election will probably renew some volatility in markets. HCR Wealth Advisors has prepared for such volatility by holding greater levels of cash in client portfolios to be in a position to take advantage of volatility — and opportunities — that present themselves.

In this 3-part overview of where the U.S. economy is headed in Q3 2020, HCR Wealth Advisors has reviewed COVID-19’s impact on GDP and the actions taken by the Fed in response. The last piece of the puzzle is how the markets will behave.

How should investors look at the big picture? HCR Wealth Advisors believes that one fundamental principle has always served investors throughout time: stay diversified. Stocks should not be chased, especially the many overvalued ones. Portfolios generally shouldn’t be overly concentrated in any one area. It makes sense to rebalance because many excellent companies that have been out of favor will one day come back. In the meantime, the goal is to stay diversified, manage risk, and stay disciplined.

Originally published at https://nykdaily.com on September 21, 2020. 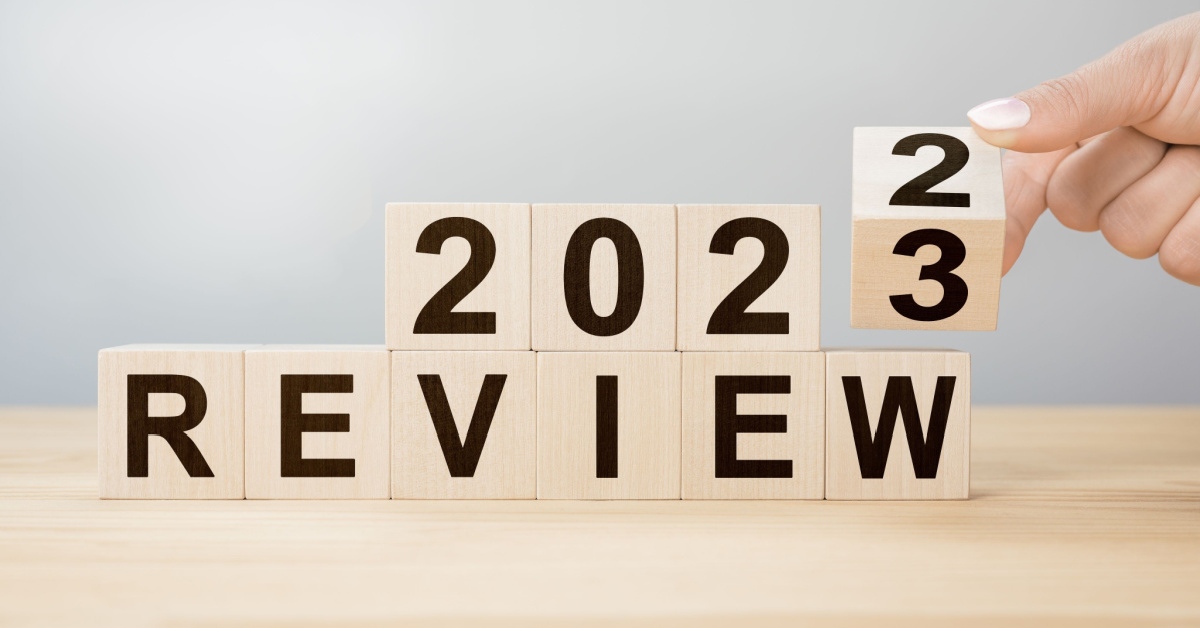 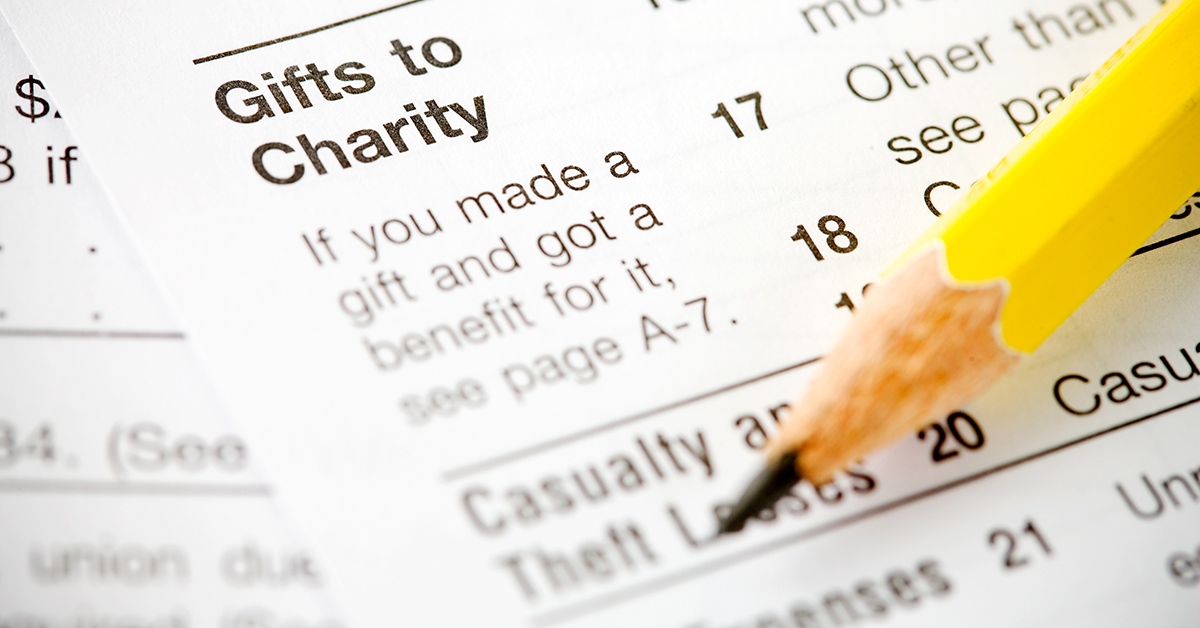