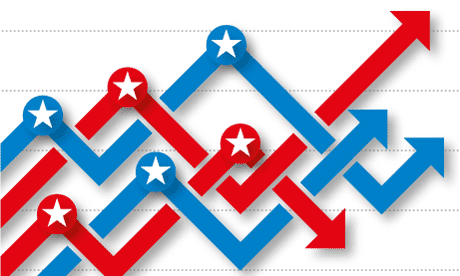 The third quarter of 2020 was another positive quarter for most financial assets.  Mega cap stocks led the way once again, which helped the market cap-weighted S&P 500 Index pull into positive territory for the year.  But most of the other stock indexes remained in negative territory year to date, despite seeing large gains in Q3.  That just speaks to how big of a hole they dug in the first quarter, and the long road to recovery for many stocks.  If you’re only tuning into CNBC and hearing how well Amazon and Netflix are doing, you’re missing the big picture of the market.

The economic recovery continues in an uneven fashion, with some areas like homebuilding and online retail sales doing very well, and other parts of the economy such as restaurants, theatres, airlines, etc. still struggling due to the effects of the pandemic and associated shutdowns and social distancing restrictions.  To be sure, the broader economy continues to recover, it’s just that the pace is lumpy and many of the job losses will take time to recover.  Many industries are hopeful that another stimulus package will pass in Congress, but the timing of when this might occur is still up in the air.

Additionally, we are only a few weeks away from one of the most divisive elections we can remember.  There will very likely be heightened market volatility surrounding the election results, which hopefully won’t see a delay in being tallied and ratified.  We wrote a separate piece on election outcome possibilities, which is available on our website.

For the reasons above, as well as the global population waiting for some sort of Covid vaccine and/or effective antiviral, this stage of the recovery will likely be a bit slower than the accelerated pace of the initial recovery stage.  We remain hopeful that once there is a vaccine and antiviral on the market, more parts of the economy will be able to open back up, hiring will pick up, and a final stage of the recovery can begin in earnest.

We remain mindful of the fact that many of the leading growth stocks in today’s market trade at absurdly high valuations, which is why we have elected not to chase many of them.  Buyers who pay top dollar for these stocks will likely be disappointed in their longer-term returns, especially if the air comes out of the cloud-stock bubble.  There are many parts of the stock market where valuations remain reasonable and attractive return prospects exist as the global economy continues to recover.

Turning to the bond market, bonds eked out another positive quarter, and in many cases have been outperforming the average stock index year-to-date.  The biggest news in fixed income last quarter was the admission by the Fed that they will likely be keeping interest rates at zero for at least the next few years.  The Fed is likely frustrated that for the better part of the last decade they have been unable to get inflation to run near their target 2.0% level.

In response, the Fed has come up with a new strategy called “average inflation targeting”, whereby they will be willing to let inflation run above their 2.0% target for some time, with the goal of averaging 2.0% over a longer period.  That means that as opposed to the past where the Fed has hiked interest rates preemptively to stave off inflation, this time around they will be less quick to act and will wait for more evidence that inflation appears sustainable before raising interest rates.

In sum, the economic recovery remains lumpy and uneven.  The resultant high unemployment rate is likely to keep a lid on inflation near-term.  But with huge deficits on the horizon from ongoing stimulus plans, and a recovery that should gain strength next year (vaccine?) inflation pressures are likely to build at some point.

The average stock has not had a very good year so far, but that is being masked by the mega-cap tech cohort, which is seeing bubble-like enthusiasm for shares, which has led to extreme overvaluation.  It is hard to say how long this will last, but we could see a stronger economic recovery next year leading to a broadening out of market leadership.  Although there could be heightened volatility surrounding the election, we think that the combination of more fiscal stimulus on the way in addition to the extreme monetary stimulus will ultimately lead to higher prices for stocks.